Tonight’s figure drawing session had better attendance than last week. Still only went 2 hours instead of 3, but there were enough people where price dropped to $5 from $6. I’m still trying to hash out a steadier workflow for digital alla prima painting. This time I did not use any overlay layers even though it might have helped. I think I was worried about running out of time that I skipped the grayscale block-in and just went straight to color. The long pose format of this figure drawing group is usually 20 minute intervals. The first interval I spend on figuring out the drawing in Autodesk Sketchbook, and starting in the second interval, I’ll move that drawing into Photoshop and start working on blocking in color. In the later intervals I’ll refine the drawing as I paint (naturally the models will shift their pose slightly). I had a hard time getting the right colors, and I felt like 2 hours wasn’t enough time for me to really embellish on the lighting as I would have liked. 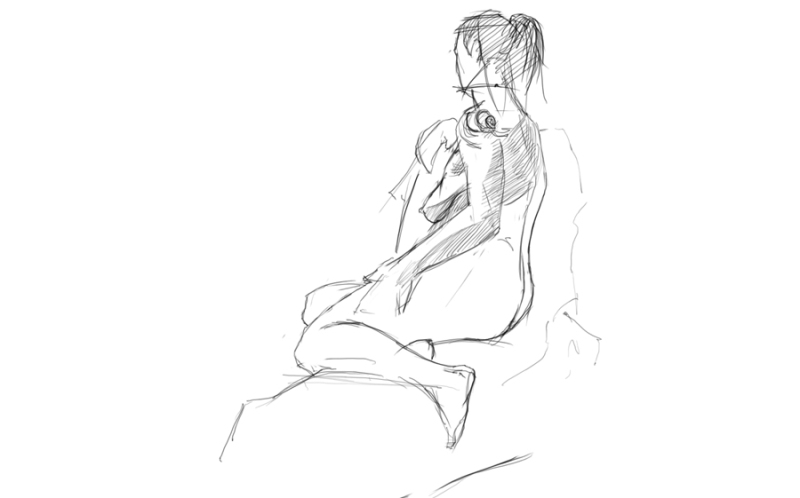 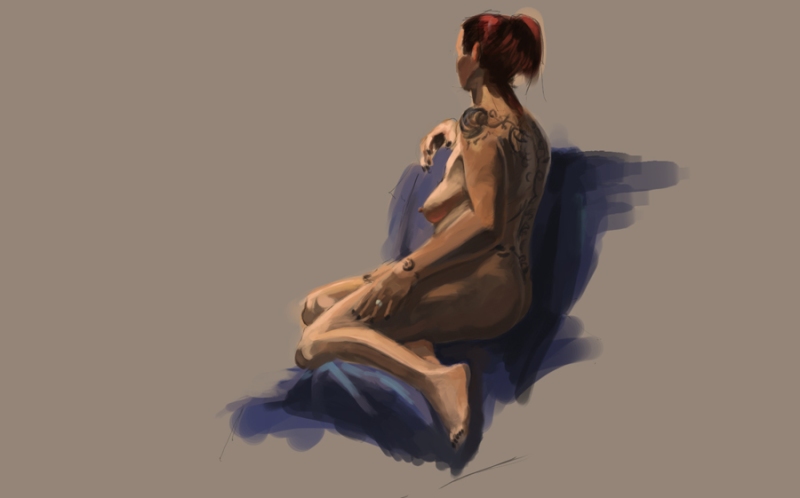 The red underglow in the shadow area of the breast is from a bright red blanket that covers the podium, below the blue blanket and seat that the model was seated on, but I didn’t get to the point of painting that part. It’s the same red blanket that covers the podium from the figure painting two weeks ago. I ran out of time before I could refine the forms and shadows of the near lower leg.