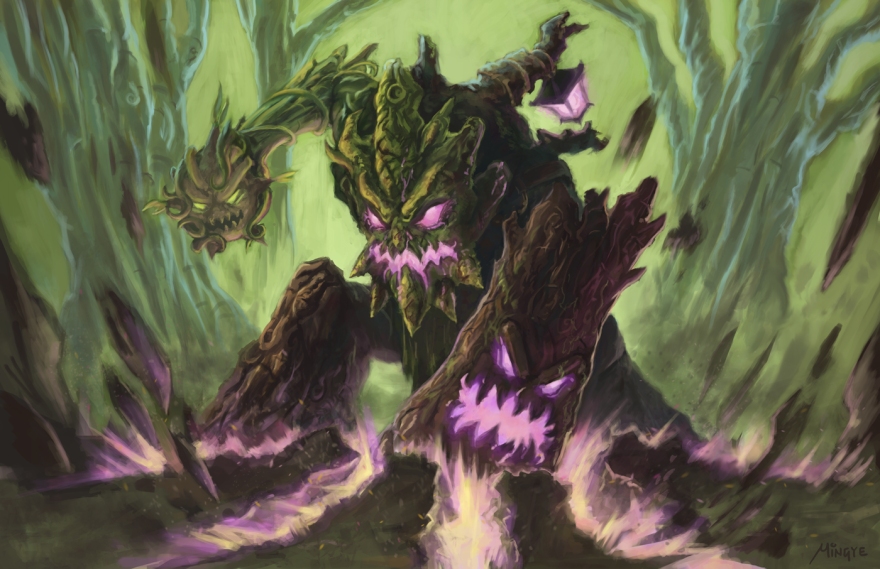 Just wrapped up this fan art commission of Maokai, the Twisted Treant. Commissioned by the same guy who commissioned the Protoss (charge-lot) Zealot earlier this year.

I won’t be continuing studies at The Art Department after the end of this year. In my last blog, I talked a bit about how much closer skill-wise to realizing my dreams I was after my trip to IlluxCon, and I’ve come to the conclusion that I’ve spent my time and money irresponsibly with TAD. It hasn’t been a total waste, but I’ve definitely NOT gotten my money’s worth for the total amounts that I’ve paid and still owe. I have a lot of respect for the faculty still (especially Dorian Iten), but the business/administrative side of things have left a bad taste in my mouth. 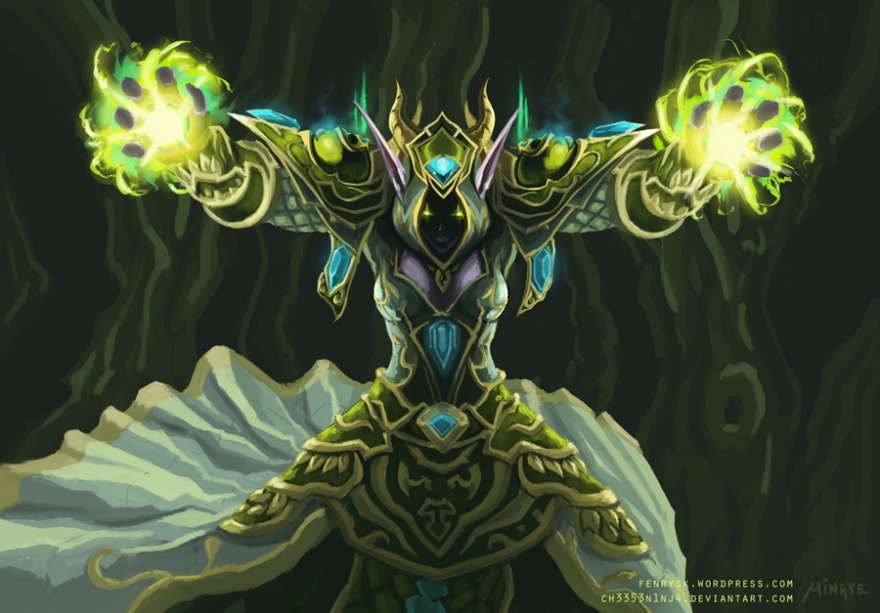 I was doing some 2v2 arena with my friend, and I was out of ideas on what to paint, so he said, “draw us pwnin’ some noobs.” Later on we were doing BGs and he swapped characters, from his fire mage to his feral druid, and his druid happened to have a T7 mog on. My initial thumbnail/ideations featured the Dreamwalker druid with some feral spell effects that weren’t green, but as I started painting, I decided to change it, and the old wrath spell would fit really well.