Figure drawing this week ended up being canceled. There were only two artists in attendance: myself, and the person hosting.

To make up for the lack of drawings and paintings, I will share some of the photos from the Sonata Arctica concert that I attended, at the Baltimore Soundstage. Enjoy my 50mm prime lens amateur photography (in the truest sense of the phrase). More images will be posted to my deviantART concert photography folder.

(above) local metal band Omnislash opened the evening. They had a killer cover of 2 Minutes to Midnight.

German symphonic metal band Xandria. I think I have a crush on the singer. One of the guitarists was not able to make the tour so a guitarist from Serenity (another of my favorite bands) was filling in. 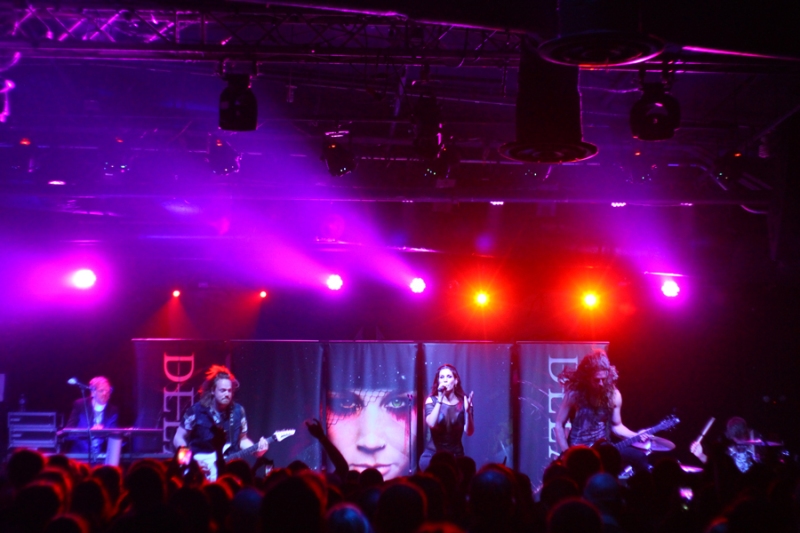 The masters themselves, Sonata Arctica, from Finland. They celebrate 15 years of powermetal. That night was guitarist Elias’s 500th show with Sonata Arctica since the time he joined the band.

A fun time was had, much fist-pumping and head-banging. The drive back was hell, though. I didn’t make it home till 5am after dropping off the friends who were riding with me.