Private commission for an Army buddy, whole process took me close to 6 months on-and-off for a variety of reasons. Started around in Sept 2013, and finished it back in February 2014 prior to my Army Annual Training. Part of me enjoys working in oil color, but I’m just not fast enough with it for it to be sustainable right now. 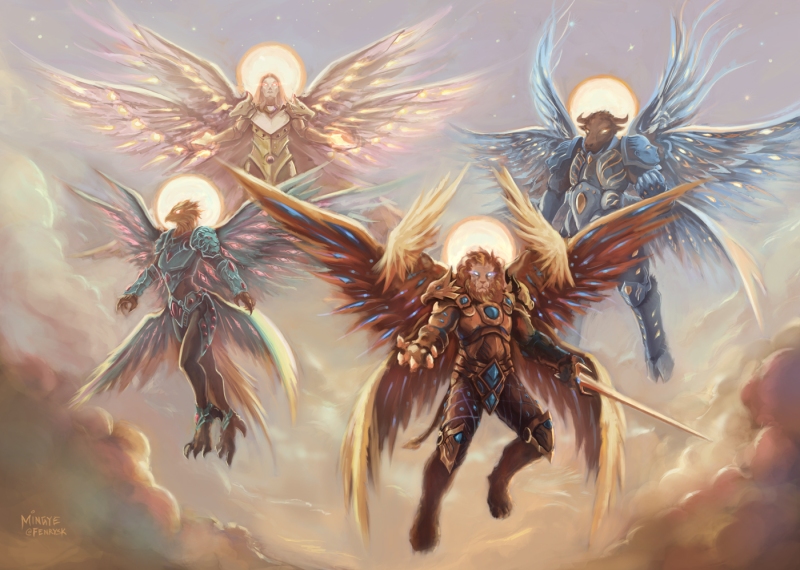 I went to see the Noah movie this past Saturday. I haven’t seen any of other Aronofsky’s movies, despite their critical acclaim, this was my first. As I understand it, the film was praised by half of Christian-dom for being a good movie, and then preemptively panned by the other half of Christian-dom prior to it’s release on grounds of inaccuracy from canon as well as a non-conservative portrayal of the character. I generally don’t pay too much attention of those critics (since they often tend to be the modern day counterparts to the overly religious types of Jesus’s day, too concerned with the letter of the law than life-giving gospel), but I did read a blog justifying the artistic liberties taken in the direction of this film (http://jonathanmerritt.religionnews.com/2014/03/17/will-evangelicals-miss-boat-paramount-noah/). With that as my primary preface going into the film, I was looking forward to hearing from God as I watched the film. Click the “read more” to read on, and consider this the spoiler warning.