I. TAD
I made it out alive with only 2 F’s haha, but i passed the classes that i cared about, and a handful that i didn’t. I am a little cynical with art education at this point in my life, and I’m growing more stubborn too. I regret doing full-time this semester, and if I could go back, I would’ve definitely chosen part-time. There were a lot of classes that I would’ve loved to invest more time into this semester, but simply could not between real life commitments, poor self/time-management, and just the weight of certain classes being more impressionable than others.

In particular, Comp n’ Color (that is, Composition and Color I) helped fill a great void in my artistic learning, and it’s really helped me understand how to start an image, with how to properly thumbnail and how to properly group shapes in the thumbnails, as well as nuances in developing compositions. The thumbnail sheet that I showed in the last blog entry is probably a better testament to my understanding of the concepts learned in the class than my actual final Flat Shape Project image.

However, If I only did part-time, I might have missed out on everything I learned out of FIG101, because if I were to have done part-time, i probably would not have selected FIG101  (because on paper, the class sounded super remedial for me). If Comp n’ Color taught me how to start an image, FIG101 taught me how to finish one.  Concepts such as subtle value control, edge control, and creating focal points using the two aforementioned really helped ground my image-making ability. I think everyone thought that FIG101 gave out the most work, but realistically, it wasn’t necessarily the most work but the most consistent. Most of the homework took no more than 1-2 hours to complete, 3 if including breaks. However, it was the fact that it was given on a regular basis that forced students to either consider it a burden, or to consider everything else from other classes a burden. For me, I think there were only a few weeks where the homework for FIG 101 was hard (the week after the week after spring break, and the weeks where we had distortion homework). Everything for that class clicked probably two or three weeks before the end of the semester, and between the lecture and the constant practice probably has helped me become a lot stronger as an image-maker and painter.

As for the other classes… Form/Light  and Linear Perspective were really interesting to me at the start of the semester, but as i started putting more time into Comp, Figure and Media, I mentally dropped those classes from mind. Figure102 Anatomy Lab was very technical, but for my stubborn ass, was remedial. I didn’t score high on the final for it despite that fact because i hadn’t spent any time practicing nor did i submit any “finished” drawings, so accuracy might not have been top of the checklist for me to accomplish. I think it’s very bad of me to approach any class with a “been there, done that” attitude, but like with Form/Light and Linear Perspective, as I got deeper into comp, figure, and media, I started zoning out Anatomy Lab (i showed up for class still because i think Marshall Vandruff is one hell of a teacher/lecturer and has an awesome speaking/singing voice). Photography class was like the secret bonus level at the end of the week, where Brent would give us some entertaining music from his era (like the great legendary Tony Bennett) and we’d share our interesting adventures with our cameras. That was a refreshing class. Media class was kind of slow at the start, I felt like I was already at a point in my art education where I was beyond graphite and charcoal. That’s so first year of college, man — Oh wait… TAD semester 1 is supposed to be a first year of college equivalent. Things started picking up for me in that class once we got to ink and George Pratt came in and we were allowed to do mastercopies from Frazetta. FRAZETTA. Oils felt pretty comfortable for me because of what I learned from studying under Danny Robbins, and I might have over-invested on the oil color master-copy which caused me some suffering in other classes during that time period.

The one class that i did not enjoy at all was Sketchbook I. There was at least one other student I spoke to who also thought the class was kind of lackluster, but for me specifically, I had the worst case of the “been there done that” syndrome for that class. My time back at VCU was highlighted by two semesters of sketchbook burn out. I can understand how this class might have been good and helpful for students who aren’t accustomed to working in sketchbooks as a place for ideation and problem-solving, but for me, none of the assignments resonated other than a few from pre-midterms. I pretty much gave up on the class after midterms and decided my time was just better spent focusing on the work for other classes. 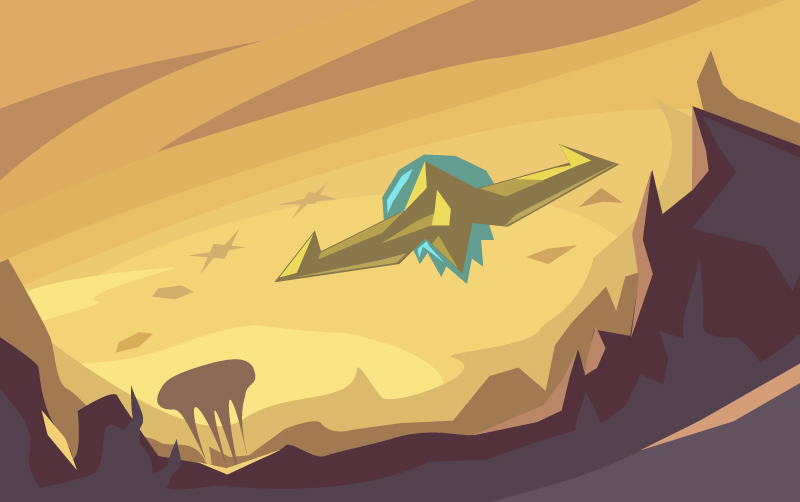 Comp n’ Color final: Flat shape project. I initially thought to use the zealot thumbnail from the thumbnail sheet  but after reviewing it in class, I decided that the mothership thumbnail lent itself to flat shapes more easily. I would’ve loved to render the f— out of this composition in a Noah Bradley/Bierstadt/HudsonRiverSchool landscape painting style and put rimlighting all over the place.

final shape drawings for fig101. i feel like this set is leaps and bounds better than my previous sets. the teacher agrees with me.

surprisingly, I got the most out of the FIG101 class than any other class with possibly exception to Composition and Color I.

Everything else i did for Form and Light after the midterm isn’t worth showing. The lectures were really good for this class, but the assignments weren’t particularly exciting for me. This one I never turned in on time even though I did all the math and calculations for early on when it was assigned. I finally manned up around finals week and handled the “3D” part, since this was one of the required turn-ins for final. Pen tool, while a staple of Adobe Illustrator, is one of the most underrated yet very powerful tools in Photoshop. 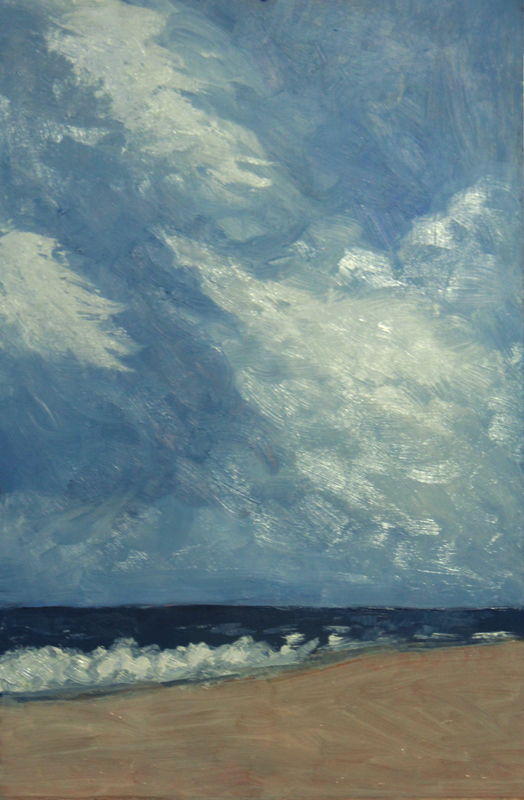 My friends and I went to the beach, I got sunburnt.

I finished this last piece just in time for father’s day. It’s a watercolor portrait of my dad. I don’t particularly like watercolors at the moment because i haven’t achieved a level of mastery where i can get the medium to do what it want it to, and i’m sure i would like it more if i were at that point, but for now not so much. I’ve seen what watercolors can be capable of in the hands of a master of the medium, but right now there are more pressing media to master.

Read on for sections II and III

MLG and DreamHack, and GESL.
MLG weekend was kinda crazy, because it happened before the finals week, and I had drill that weekend. It was refreshing to go to Barcraft RVA on sunday (@Clutch08 actually mentioned the Richmond Barcraft when he was introducing the grand finals!!!) and we had a temporary change of location because of a fire in Shockoe bottom that knocked out internet for the whole block, including our usual venue.

DreamHack and GESL were tons of fun after settling in for my inverted nocturnal sleep cycle. I pretty much had a full waking cycle full of SC2, between the European time for DreamHack broadcasts and GESL. It was really cool to see Infinity Seven players make a good showing at GESL, which was very Korean dominated. I really think Axslav being signed to Infinity Seven is probably one of the best things for both the team and himself. He wasn’t really getting the exposure he deserved while he was on EG, being overshadowed by their star-studded roster. He also adds a lot of depth to Infinity Seven’s roster, who prior to his joining pretty much only had CrazyMoving for their star power (lets face it, you need some star power on your team to help unify the team, Pyre and jEcho ain’t bad but they never got to Code A either). Really excited to see Insur rise up as a strong American protoss, essentially Axslav’s protege at this point. For DreamHack, it was kinda cool that for the first time in a long time there wasn’t a Korean top 3, but the finals game wasn’t that exciting, semifinals and quarter finals definitely more impressive with Mana upsetting Stephano AND HerO.

I usually don’t read DC material, but for Kenneth Rocafort, I make an exception. I picked up a few issues of  Red Hood and the Outlaws, which was one of the titles criticized after the reboot for the bad portrayal of Starfire. Man, the writing sucks. flat out, that’s the main reason i’ll read Marvel titles over DC. the only redeeming factor, and the only reason i even bothered with the title, is of course Kenneth Rocafort’s sick sick sick drawing and design skills.

Meanwhile, in the 616 Marvel-verse, we see Amazing Spider-Man’s 50th anniversary story arc “Ends of the Earth” come to a stunning conclusion. Spider-Man achieves his victory over Doc Ock,  but at the cost of Silver Sable’s life. The epilogue to ASM’s story arc in Spidey’s other title Avenging Spider-Man #8 was horribly disappointing. After having read Naruto for the last few years, I’m horribly annoyed by flashbacks pre- or post-death of a character. I expected Avenging Spider-Man #8 to show either Spider-Man finding Sable’s body dead or alive, but instead a frame story filler flashback? c’mon, get real. And the issue ended ambiguously, so I had to comfort myself with the knowledge that “no one ever stays dead in comics except Uncle Ben.” I’m probably going to try to do some Spider-Man fan art featuring Silver Sable or something.